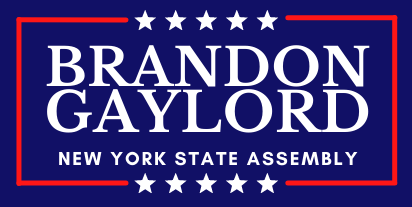 Bail Reform – Putting an end to Catch and Release policies

The Democrats in Albany have allowed their bail reform package passed in 2019 to become a catch and release revolving door for professional criminals. Releasing criminals back onto the street after committing heinous crimes is not only dangerous, but also insulting to the law-abiding citizens of New York. We need to put an end to the skyrocketing crime in New York by repealing the bail reform laws and making it illegal to be a criminal. By removing judicial discretion from the legal system, we’ve eliminated any ability for judges to use their experience in deciding who gets bail and who doesn’t. I have spoken with district attorneys, public advocates, and judges who universally-agree that the removal of judicial discretion is a travesty.

Under Democrat control in Albany, Crime Victims are being put at risk to the point where they don’t even want to report a crime. Didi Barrett and the Albany Democrats passed legislation that allows defendants to have all information about victims in New York - Including where they live, their contact information and any statement that was made regarding their arrests. While I agree that defendants have a right to some information granted under the Sixth Amendment, they do not have a right to have the personal information of the victims released to criminals, especially those who have targeted them in the past.

I am committed to fixing this for victims and their families.

It’s no surprise to any of us that our taxes are going up yet again this year. What is surprising, is the lack of any effort being put forth to balance the budget, and the careless spending practices that have been touted year after year by the Democrat-controlled legislature in Albany. Democrats in Albany are continuing to wastefully spend taxpayer dollars on illegal immigrants, criminals and their education and entertainment, and new sports facilities rather than giving relief back to the taxpayer or small businesses, all while padding their pocket with special-interest money.

We need real, tangible change in Albany and someone who is willing and ready to stand up and fight for our families, our businesses, and our hard-earned tax dollars. Albany doesn’t have a revenue problem, they have a spending problem. I pledge to work to fight that!

When a small business owner comes to a State Assemblymember for help the response shouldn’t be “show me support from similar businesses in New York City” it should be let’s dig into this issue and see if there is any relief for you and your struggling business. Didi Barrett has, time and again, placed the burden of proof back on the small business. Business owners shouldn’t have to prove that similar businesses are struggling, they should be able to speak openly about their issues and be heard. That’s not leadership, that’s neglect.

Agriculture is the number one business in New York, yet the downstate Democrat-led legislature has doubled down on destructive regulation on farming and now even requires small farms to pay overtime at 40 hours a week and not the agreed upon 60 hours a week deal from 2020. This legislation will, without a doubt, close farms across New York, especially here in the 106th Assembly District. 70% of famers who were polled even said they would locate to a different state to farm if this legislation passed – and it did earlier this year. We need real leadership in Albany to fight for hard-working farmers and their laborers as they work everyday to provide food to all of us. Far too often, the farming community gets overlooked by Didi Barrett and the Albany Democrats.

All too often the farming community finds regulation to be burdensome and unsuccessful. Farmers can’t afford to be over-regulated and then add a 42% labor cost increase to their tabs. No business would survive that. I am committed to making sure our farming community survives.

Support for Veterans, and peer to peer groups like the Joseph P. Dwyer program in Columbia County and the Vet2Vet Program in Dutchess County, are essential in allowing our Veterans to get the respect and services they deserve. Veterans are the heart and soul of this country and it’s time they receive the benefits and respect from Albany they deserve. I support our veterans and will work tirelessly to make sure they’re best represented in Albany.

Time and again, we see infrastructure money coming from Washington, yet we see less than ideal road conditions on the streets that we drive daily. I’ll fight to make sure we get more funding through CHIPS and local government to make sure that our infrastructure is on par with other areas of New York. We need to invest in local roads, highways, waterways, and bridges. We rely on safe and effective infrastructure daily, and it’s time we invest in it. I will work hard to ensure our roads and bridges get the attention they deserve!